The Church Of The Monocular Seer

The Monocular Seer is the title of a deity whose name is too long and bizarre to pronounce by human tongues. His followers, The Watched, believe that if one were to write down his name it would use up all of the paper on Earth. 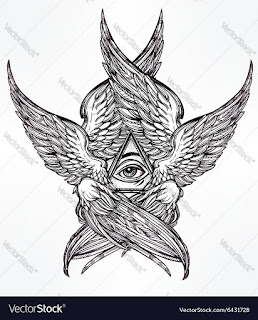 The Watched believe that The Monocular Seer observes everything in the universe, thus allowing it to exist. However, although he is a bringer of life and order, he is not a kind god. The Seer is a believer in strict morals and harsh punishment. According to the church, anyone who sins without repentance (which involves a donation to the church of course) is damned to Hell for all eternity. Any sin can cause this fall from grace, so long as it is not properly apologized for.

As a result of this belief system, the Watched are extremely guilt ridden and paranoid. Constantly fearing for the safety of their very souls. Every week, the Watched gather in their churches and perform a ceremony to cleanse themselves of sin. 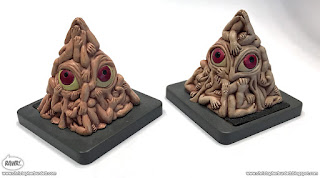 The Seer's followers are very kind and polite, even to those they hate, for they believe that rudeness is a sin, and since any sin can damn them to Hell, they must be careful with their words.

The holy symbol of The Monocular Seer is an eye of providence, and the church's holy book is a long list of sins called The Lawbook.

Clerics of The Seer tend to wear simple armor, and are often flagellant. 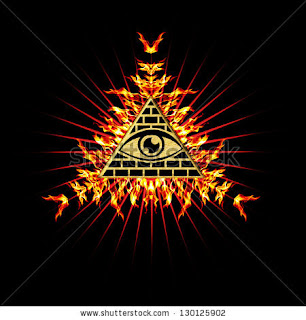 Posted by Tristan Tanner at 8:13 PM