I love them an awful lot, they're just so wonderful to use.

There are so many directions you can take goblins in. Are they chaotic, nonsensical little green folk who are humorous but deadly? 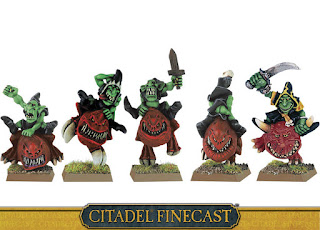 Are they creepy giggling child-things which steal infants from their cribs and dwell in the walls of decrepit houses? 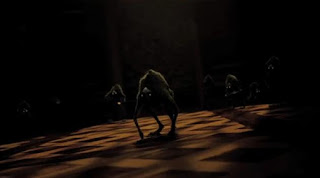 Or are they vegetarian monsters which transform humans into plants? 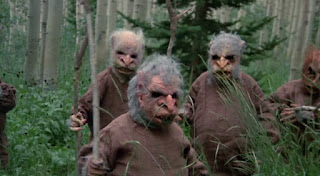 The possibilities are endless.

I tend to lean towards creepy with all of my interpretations of monsters, so goblins are usually pretty nasty and ugly. Unhealthily pale skin, warts, and asymmetrical faces. They eat kids and hide under beds, and they can be found everywhere. Demons and dragons are beyond the reach of the typical peasant, far away beings that you hear about in stories. But goblins haunt the nightmares of the common folk.

But there's something off about them. You can't imagine a goblin taking loving care of its children or sending diplomats to cities. They're just nasty and evil. You can't really have that with people. Even the most despicable of individuals has compassion and love. It may be buried underneath layers of bigotry and evil, but they're still complex creatures. A goblin isn't. A goblin will smash a vase over your head because its funny, they'll steal children and eat them because its just what they do.

And that is creepy.