5. What sort of abilities would a Bug Knight class give to a character?

You're an ascended insect, given sapience and a vaguely humanoid form by your patron, which is some sort of powerful lawful being. You have no need for armor, naturally possessing a chitinous exoskeleton, and you are proficient with shields and all melee weapons. You also are granted some minor powers from your patron, and can cast cleric spells as a cleric of half your level, rounding up. 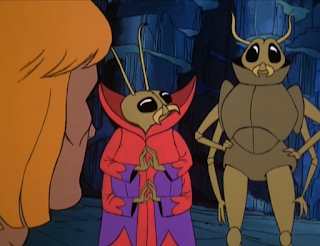 Armor Proficiency: None, but by default you have an armor class equivalent to chain mail. You can use shields though.

Experience Progression: As Elf (Or magic-user/fighter if using a race separate from class system)

Spell Casting: You can cast cleric spells as a cleric of half your level.

Linguistic Pheromones: You can speak with all kinds of arthropods through the release of chemicals.

Arthropod Origin: You can choose one of the following species of bug, gaining the benefit described, or talk to your game master to come up with another type.


Code Of Honor: If you use an alignment system in your game, Bug Knights must be the most lawful and good alignment available. They must strive to protect the innocent, to vanquish evil wherever it may strike, and to assist the poor when able. If a Bug Knight chooses to not follow this code of honor, they will lose 1 point of intelligence per day until they gain forgiveness from their patron. At 1 intelligence, they revert back to the bug they originally were. 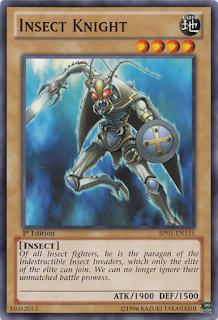 Posted by Tristan Tanner at 8:24 PM