Though the concept of a frog is based in fact, the spiritual definition of frogginess is not. There is something about frogs that is more than just simple biology, there is a sort of feeling about them.

Abstract Frogs are almost that, the spiritual echo of a frog. Being near the abstract frog makes you hear the sounds of the bog, and smell the wet mud and dirty water associated with such areas. 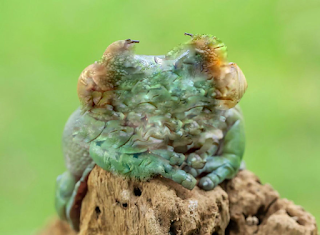 (edited photo of a frog photographed by Tanto Yensen)

Frogs come in all shapes and sizes, and as a result of this, their echo does not conform to one singular size or body shape. It can be the size of a thumbnail one instant, and as large as a human the next (giant frogs are still frogs after all).

Aside from their shape-changing ability, Abstract Frogs attack much in the same way as giant frogs, having the same combat statistics, but there is something so froggy about Abstract Frogs that anyone who is attacked by these beasts can't help but become a bit more froggy themselves.

If hit by an Abstract Frog, the unlucky victim must make a saving throw or begin to mutate into a more frog-like form. The progression is as follows:

Posted by Tristan Tanner at 11:33 AM No comments:

I'm a lazy bastard and I don't have the attention span to run complicated games. So I tend to muck about with house rules and whatnot but the difficulty is I keep making things complicated, I've burnt through like 3 systems that I've written over the past couple years because I keep tacking on stuff to them.

I've tried my best not to make these rules complicated. Below is a very simple 1 page ruleset. I have another document that contains more details but this is basically something I could hand out to my players to teach them how to play.

My major inspirations for this are Into The Odd, Maze Rats, and the Black Hack. I'll try to post more about the setting I'm using for this system later, along with monsters, magic (both rituals and magic items), and how to convert from stuff like Labyrinth Lord or LOTFP.

Rules Summary
Making a Character
Write down the following stats, each with a value of zero:
STRength (add to damage rolls)
DEXterity (add to armor points)
CONstitution (multiply by 2 and add to hit points)

Pick one stat to raise to the value of 1.

Write down that you have 6 (plus your CON times 2) hit points.

Next you have 100 coins to purchase equipment for your character, given a list of equipment by the Game Master.

If you buy armor, note your armor points as well (make sure to add your DEX).

Combat
If you want to attack something, roll 1d6. On a 3 or higher, you hit, and roll damage. If using a weapon in each hand, roll 2d6 to hit, dropping the lower result. Roll 1d3+STR damage if attacking unarmed, roll 1d6+STR if attacking with a weapon. If wielding a two handed weapon roll 2d6, dropping the lower roll, and add STR to damage. Subtract the damage rolled from your target’s Armor Points. If their Armor Points equal zero, subtract from their Hit Points. At 0 HP, they die. The same procedure is used against you. You can regain 1d6 points of HP each day by resting. If NPCs are in combat and something happens to possibly scare them off, roll 1d6. On a 4 or higher they swallow their fear and keep fighting, anything lower than that they become scared and attempt to flee.

Becoming More Powerful
If you survive an adventure, roll 1d6 and add that number to your HP. Next, choose a stat and add 1 to it, modifying other things as necessary.

Posted by Tristan Tanner at 11:33 AM No comments: 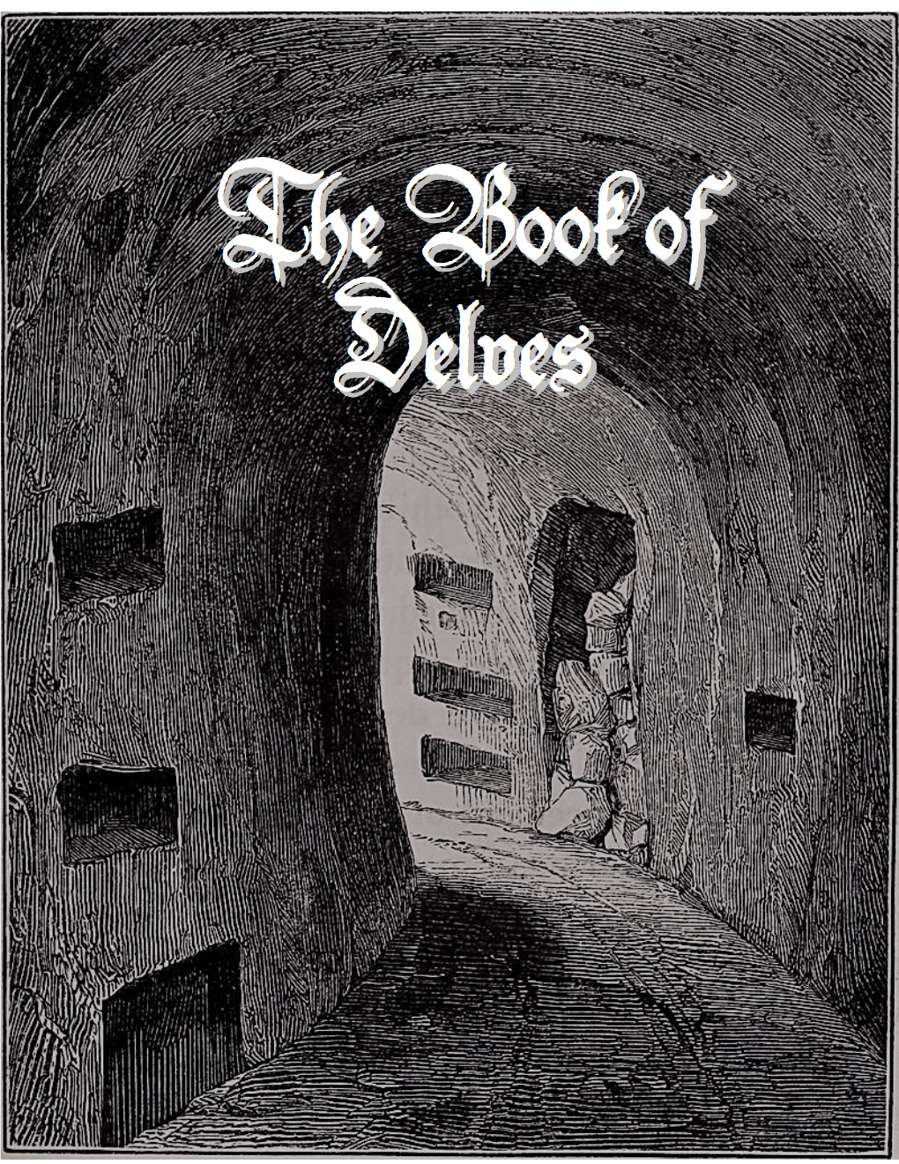 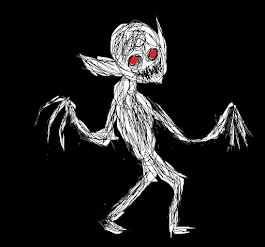