The capital of the holy empire is a large city called Faithhold, located in the center of the empire. All major road systems lead to its walls, and it is where most of the military are stationed.

The outside of the city is protected by a large, ancient wall, built shortly after Unification. Further into the city there is a second wall, which protects the palace where the emperor dwells, with the city’s layout essentially being two rings, one inside of the other. Within the first ring is where all citizens in the city who are not government officials live, such as merchants and scribes. Such citizens must pay a high amount of taxes for the honor of living so close to the emperor.

Within the second ring is the holy palace, along with the homes of many nobles and church officials. While there are many churches in Faithhold, the largest cathedral in the entire empire lays beyond the second ring’s walls, close to the palace. This is where the council of divinity meets. 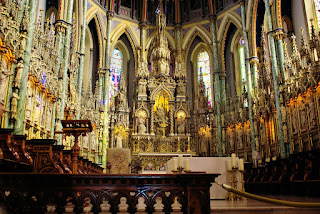 The council of divinity are both the religious leaders of the Imperial Orthodoxy and the law making body of the empire. This small group of high priests interpret the holy book, and use this as a guide for creating laws.

Outside of Faithhold, the law is usually enforced by paid guards, hired by lesser nobles. However, within the holy capital, the law is enforced by the Order of Justice, also known as the police monks. These monks are reared and trained in martial arts within the inner circle of Faithhold, taken from their parents at a young age. People who give their children to the Order of Justice can receive tax reductions, or even a pardon for a crime, so there is no short supply of the monks. After they complete their training, the police monks have their tongue removed in a sacred ceremony, so that they may never utter a blasphemy. 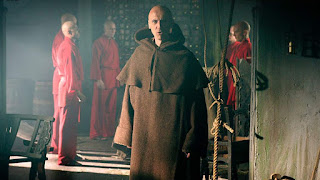 (Monks of St. Catherine from the Doctor Who episode "Tooth and Claw")

The monks also serve as the honor guard for the emperor, escorting him during the Unification parade, which occurs on every new year. Clad in ancient, gold plated armor that obscures his face and body, the emperor shows himself to the public once per year, riding in an ornate carriage while soldiers and the Order of Justice march alongside him. The official explanation as for why he appears so rarely, and for why he is always covered up, is that the emperor’s countenance is too holy for the public to view directly. However, there are many conspiracy theories as to the true reason. 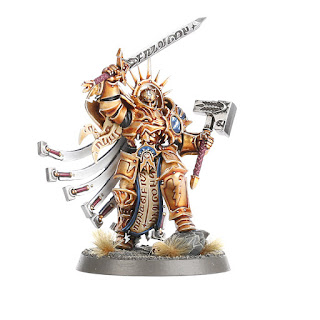 (Stormcast Eternal from Games Workshop, pretty close to how I envision the emperor)

Some believe there hasn’t been an emperor for well over a hundred years, and that the church simply pretends there is to have a figurehead. Others believe that the emperor was horribly disfigured, or that the royal line has some sort of inherited deformity. The fact that nobody knows how or when or even if a new emperor is appointed raises even more suspicion. Some believe there has only ever been one emperor, and that underneath his golden armor, he is an undead abomination.

Posted by Tristan Tanner at 4:32 PM