This rare tome is bound in snakeskin, with strange runic symbols on the cover, along with its title in the common tongue. It was translated from ancient stone tablets and carvings, found in pre-human ruins to the North. The book details the history and culture of the Serpent-folk, reptilian humanoids who lived in the time of the dinosaurs, before the North froze.

Any spells relating to snakes or reptiles may be found within this book, at the discretion of the game master. In addition, spells for entering suspended animation, poisoning people, and hypnosis may be present. 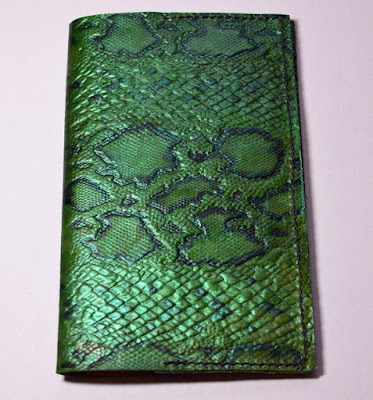 (Image from Coreychiev on Deviantart, who also runs the Etsy store TheLeatherGeek)

This illuminated manuscript would be a work of art, were it not for the horrific things described and illustrated within its pages. It was written by Brother Augustus, a monk who was excommunicated by the church after he began to suffer from prophetic visions of the end of the world. Before his death, he completed his life's work by recording his visions in this book.

Though the book is largely a narrative, there are a handful of spells in the book. These spells are typically protective wards and enchantments for use against demons and the undead, and there may be spells for seeing the future as well. 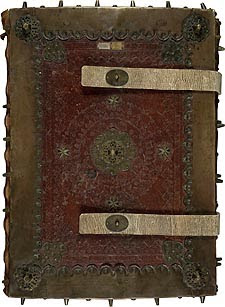 This unfinished manuscript is a bundle of pages, loosely held together with twine and kept in a leather satchel. It was written by an anonymous monster hunter who detailed the beasts that he slayed during his questing, with their weaknesses, supposed origins, and hidden dangers. Many entries are woefully inaccurate or simply incomplete, but what knowledge is there is extremely valuable. The author died before he could complete his work, killed by some creature that he was in the process of researching.

What few spells are contained in this text are related to banishing demons, tracking down monsters, and enchanting weapons for use against the supernatural. 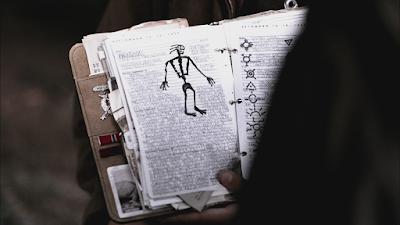 The Gospel of Shub

These books are bound in a disgustingly warm, fleshy leather, that almost seems to breath. Inside the book's pages are rites and rituals devoted to the foul fertility deity Shub, the Mother Goat. It is written in an alien language that is almost unutterable by human throats, though there are rumored to be translations in the common tongue. Details on the rituals that will birth the Screaming Child and destroy the world as we know it are contained within these grotesque volumes.

Formulae for summoning the children of Shub, creating food, and contacting the Mother Goat may be found, and there are rituals for birthing the Screaming Child and ending the world as well, though these may be incomplete. 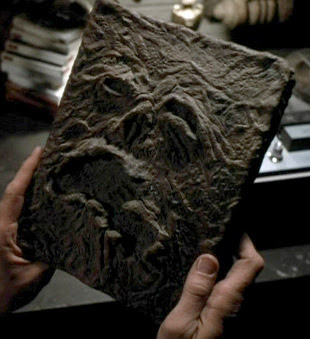 (The Necronomicon Ex-Mortis from Evil Dead 2)

This is one of the few books here to be mass produced, as it is commonly given to members of the Holy Inquisition, to be used to fight against the forces of evil (at least, evil outside of the church). It is not a terribly accurate guidebook, and includes a massive amount of inaccurate or just plain wrong information, but there are still snippets of truth and genuine occult knowledge contained within its pages. It was written by a well renowned inquisitor named Ludwig Wulf, who is said to have executed 100 heretics in but a year, before dying of a mysterious wasting disease.

There are almost no spells contained in the book, but there may be details on minor summoning rituals stolen from witches as examples of evil magic, and perhaps spells that can be used to fight against demons. 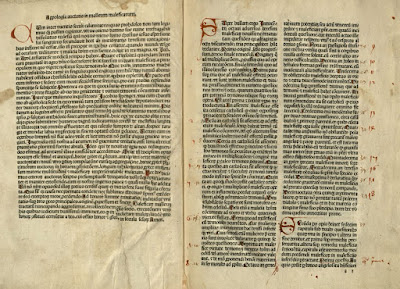 The Art of Flesh

The author of this slim volume is unknown, and the book itself does not look terribly imposing. It is bound in brown leather, and is handwritten. However, the contents of the book are monstrous, detailing surgical, alchemical, and occult procedures to gruesomely modify the body in unspeakable ways. Fortunately, there are no diagrams or illustrations, but the descriptions of horrific transformations and mutilations are so grotesque as to cause nightmares. There are a handful of copies of this book, usually kept by demonic cultists who desire to create monsters using mortal flesh as a medium.

Despite the tome's small size, there are many spells written down in its pages, allowing for mutation of human flesh in a myriad of horrific ways. Practically any spell that is themed around body horror and hideous transformations can be found in this book, at the discretion of the Game Master. 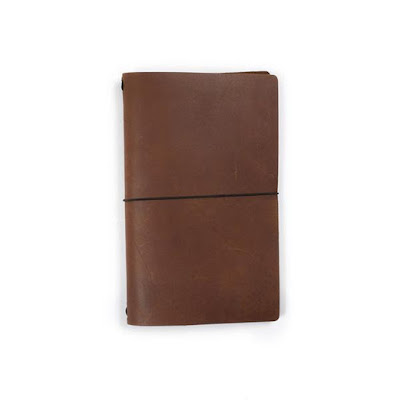 Posted by Tristan Tanner at 3:39 PM