Here are 4 quick tables to generate demonic deities and their cults on the fly! I hope you enjoy! 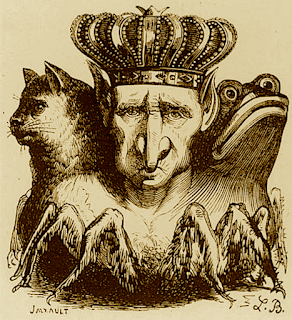 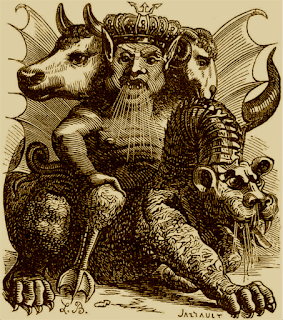 1. A human
2. A human with animal-like features
3. A worm/serpent
4. A dragon
5. A being of pure energy or some other intangible substance
6. An inanimate object
7. A celestial body
8. A hybrid of two or more different animals
9. The form of whatever being it possesses
10. Liquid
11. A machine
12. A constantly mutating mass of flesh 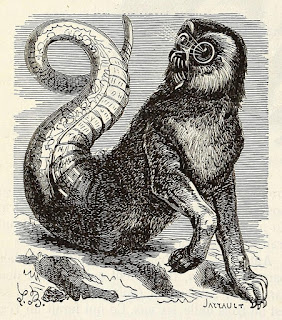 Step 4: Determine Marks of its Cult

1. Members of the cult take on some of the features of their deity
2. All members are undead, walking rotting corpses
3. Cult is only formed from animals, no humans
4. Can only consume human flesh and blood
5. All cultists are monsters
6. Have unusual body modifications
7. Have oddly distorted facial features
8. Are inhuman creatures wearing disguises
9. Disguise themselves as members of another, more accepted religion
10. All share similar features
11. They bleed a color other than red
12. They never sleep 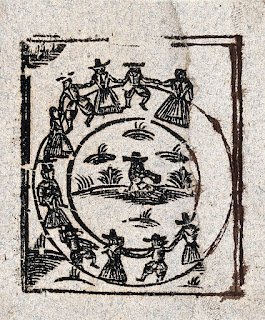 The Speaker of Shadows, a being composed of darkness, whose servants never sleep.

The Lady of Monsters, a body-less will that possesses pregnant women, whose cult modify their bodies in extreme ways

The Queen of Caves, a creature resembling a squid with human arms instead of tentacles, her cultists can only consume human flesh and blood after swearing an oat to her.

The Father of Destruction, a being who possesses the body of his current high priest, and whose cultists are all undead.

If someone is possessed by a demonic entity from beyond known time and space, its bound to mess with them a little bit. If you've got a character who just opened a magic puzzle box, or a high priest of some horrific eldritch being, and you wanna make them look weird, this is the table for you. 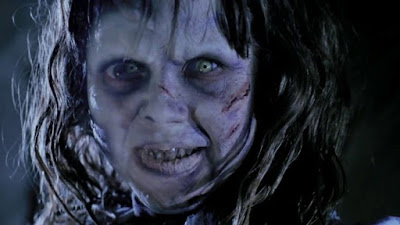 (Image taken from The Exorcist)