Gorgons in my Setting

"Oozing and surging up out of that yawning trap-door in the Cyclopean crypt I had glimpsed such an unbelievable behemothic monstrosity that I could not doubt the power of its original to kill with its mere sight. Even now I cannot begin to suggest it with any words at my command. I might call it gigantic—tentacled—proboscidian—octopus-eyed—semi-amorphous—plastic—partly squamous and partly rugose—ugh! But nothing I could say could even adumbrate the loathsome, unholy, non-human, extra-galactic horror and hatefulness and unutterable evil of that forbidden spawn of black chaos and illimitable night." - HP Lovecraft, Out of the Aeons 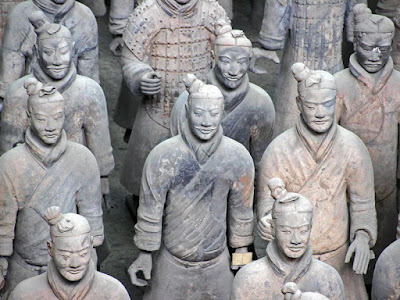 There are countless varieties of demons, constantly breaking through into the world through tiny cracks in the fabric of reality, and through 4th dimensional portals opened by foul gods and eldritch cults. But among them all, some of the most deadly and hideous beasts are the legendary gorgons.

Though common depictions of gorgons are tusked women with snakes for hair and wild eyes, nobody has ever actually seen one and survived, making these interpretations more based on speculation than fact. The sounds gorgons make is a combination of high pitched, tittering laughter and the hissing of countless snakes, leading to the belief that they are feminine creatures with aspects of serpents. 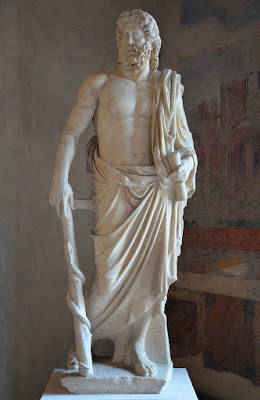 Seeing the shape of a gorgon (even a reflection) results in one's body instantly turning into a hard, stony substance. Even in death, a gorgon's form is lethal to gaze upon, though their bodies fortunately melt into a pile of venom after death.

These horrific beings lurk in hidden places, which is fortunate for humanity. They seem to like darkness, and as such may come out at night, leading to stony corpses of wild animals being found in the woods.

Anyone whose eyes are open while fighting a gorgon must make a saving throw or turn to stone each round, dying instantly. Attacking with one's eyes closed leads to a -4 penalty to hit.

Posted by Tristan Tanner at 8:00 PM