Some RPG Products I Recommend (With Links!) 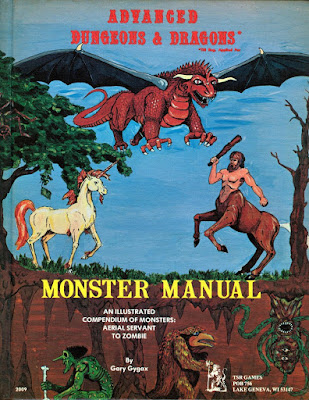 This is what I used for my "Condensing Ravenloft" posts, which I eventually compiled into this document.

Hubris: A World of Visceral Adventure

There are so many usable tables in here, you can practically generate a whole campaign in about an hour.

Again, lots of usable tables, as well as some lovely name lists.

Veins of the Earth

A perfect example of games as art. It has good writing, good ideas, good artwork, and a nice bestiary. A little difficult to use at the table due to its verbosity though.

I only just recently god this one, but I absolutely love it. Perfect for any gothic/dark fantasy game, with lots of usable stuff, particularly the adventure generator.

Not OSR, but contains some neat information on some of the more obscure aspects of the Cthulhu mythos, as well as good advice on integrating it into a standard fantasy setting.

Like Petersen's Cthulhu Mythos, but it came first and has a bunch of stats for mythos creatures for Labyrinth Lord. Also, I really like the spells.

All the Pathfinder Bestiaries

Its really easy to convert 3.5e/PF monsters to OSR, and a lot of the pathfinder bestiaries have some really cool stuff, like skeletal whales, 3 headed sharktopuses, faceless shapeshifters made by the aboleths, etc.

Basically every Call of Cthulhu monster you could ever need, written up and alphabetized. Can be converted to OSR using an appendix in Silent Legions.

In my opinion, better organized and more interesting to read than the Monster Manual, but not quite as evocative.

A good way to get into the Veins of the Earth, and just a damn fine adventure on its own.

Dyson's Delve is a very good, easy to use multi-level dungeon, easily enough to kick off a campaign and keep it going for some time.

Hit or miss, but with some real gems if you dig around!

Just a collection of solid adventures, though some are easier to use than others.

B/X but with race and class separate, and ascending AC. Also extremely cheap in print, I got mine for 5 bucks on amazon.

Lamentations of the Flame Princess

I don't like a couple of the illustrations, but the rules are solid, and the general tone is nice. Free artless version here.

Shadow of the Demon Lord

A sort of gonzo dark fantasy game, if that makes sense? Steampunk robots, shape-shifting fey, and eccentric goblins are all playable characters, and the basic premise is that the Demon Lord is attempting to break the barriers between realities to eat the world.

What I started role playing with. Its a solid, lovely system that exudes such a lovely sense of adventure.

Basically the closest you can get to running OD&D while not mentally cursing Gygax's layout. Also, has a lot of very innovative stuff in it, and a great starter dungeon!

At the very least its loosely compatible with most old school D&D systems, and the classes and spells are quite good.
Posted by Tristan Tanner at 12:18 AM