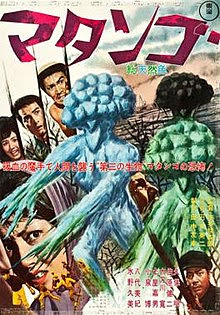 Matango (also known as Attack of the Mushroom People), is a surprisingly good 1960s toho film that is loosely based on William H. Hodgson's "The Voice in the Night" (which, if you haven't read it, is also extremely good). In the film, a group of luckless vacationers are stranded on an island covered in mushrooms, and soon find that eating the fungus takes over your mind and eventually your body, until you become a horrifying humanoid mass of mushrooms!

Placing some Matango fungus in your dungeon is a surefire way to cause fungal shenanigans, especially if the party is running low on food...

After consuming a portion of Matango fungus, one must make a saving throw versus poison. If they fail, they have entered Stage 1 of Matango infection. They will now encourage anyone they have contact with to consume the mushrooms as well, claiming that they are delicious and the best thing they've ever eaten. In addition, they are now considered to be charmed by any Matango they encounter, immediately considering them friends.

24 hours after Stage 1, fungal growths begin to appear over the infected's body. This grants a +1 bonus to AC, and a +1-8 bonus to hit points due to nerve endings being consumed. However, at this point the infected's personality has begun to decay, and the creature now simply serves the telepathic hive mind of the Matango. They are still capable of some speech, and may vaguely remember who they once were. 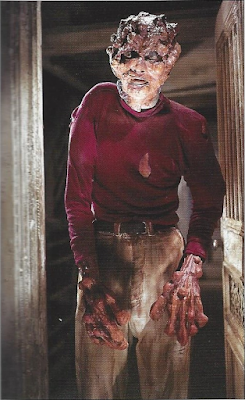 After a week or more after stage 2, the transformation is complete. There is nothing human left about the creature, other than its general outline; all of the flesh has been replaced with fungus. This grants the infected an additional 1-8 hit points and another +1 bonus to AC. The brain is completely consumed, and the only sound the victim can make with their fungal vocal organs is a distorted, horrific laugh. 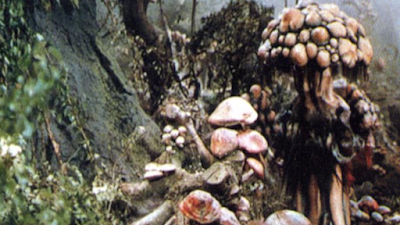 (Also taken from Matango, the mass of fungus on the right was once a human being)

During stage 2, these creatures are still recognizable as former humans, with fungal growths bursting from their skin and a bumpy texture. They may be able to communicate, usually demanding people to eat the mushrooms.

When the infection process is complete, the former human is now nothing more than a mobile mass of mushrooms, laughing grotesquely as they approach their victims...