[All images are taken from Wikipedia, and please note that these are not necessarily biologically accurate.] 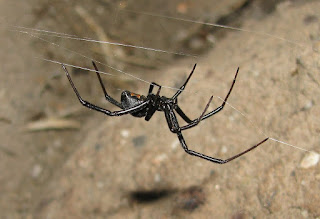 Giant black widows lurk in the dark places of dungeons, spinning sticky webs throughout their layers. Anyone fighting in these webs take a -1 penalty to attack rolls due to getting caught on threads. They are ambush predators, and are unlikely to attack large groups of heavily armed adventurers, preferring to attack stragglers. The venom of giant black widows is valued by assassins. Giant black widows are around twice the size of a human being. 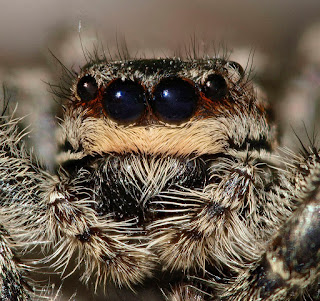 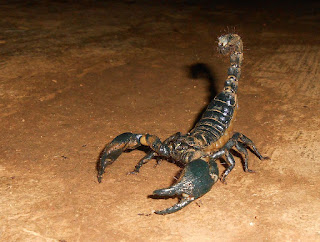 An ambush predator, like the black widow, giant scorpions often try to flatten themselves against a wall and pretend to be part of the scenery, keeping completely still. Their massive stingers move blindingly fast, and deliver a potent dose of venom. Giant scorpions are about the size of bears. 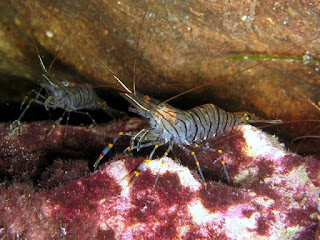 Shrimp are not particularly threatening, and neither are their giant air breathing cousins. Although slightly resembling giant scorpions, giant dungeon shrimp are significantly smaller, about the size of a human. They feed on decaying matter, fungus, and other dungeon detritus, only resorting to violence if desperately hungry, attacked first, or they simply have a good opportunity. Their exoskeletons are translucent, allowing full view of the organs within. 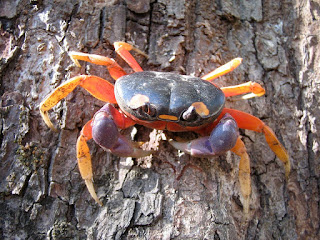 
The clickety clacketing of a giant crab's shell is enough to send hardened adventurers fleeing. Giant crabs are fierce, bear-sized predators that have no fear, with razor sharp claws and hideous clattering mouths. They taste quite good, however, and are considered a delicacy by many dungeoneers. 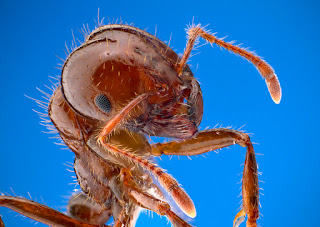 These colonial nightmares are both a dungeon delver's best and worst friend. On the one hand, the workers that make up the bulk of a colony are weak, and often carry treasure into convenient storage rooms that are ripe for raiding. On the other hand, when the colony is threatened, warrior ants will swiftly be sent to deal with intruders, and their stingers can melt prey from the inside out. Colonies usually have 1 or more queens constantly laying eggs, meaning that even after clearing most of a dungeon, it can be restocked with chitinous horrors within a few weeks. Worker ants are about the size of dogs, warriors and drones are the size of bears, and a queen is around the size of a hippopotamus.

Posted by Tristan Tanner at 8:21 PM