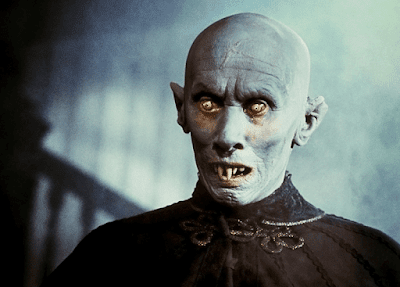 (Kurt Barlow from the 1979 adaptation of Salem's Lot)

During the American revolutionary war, something inhuman scourged the countryside of New England, taking advantage of the chaos to do some killing of its own. Bodies were found, drained of blood, floating through the rivers of Massachusets, Conneticut, and Rhode Island. At first, the killings went unnoticed, but after the war ended, people began to notice the strange murders.

A small cabal of wizards, sorcerers, and other occultists deduced that the killer must be something other than a human being, and tracked down the monster to its lair in the hills, finding that the vampire was one Zachariah Clement, a merchant who had gone missing some 10 years prior. During the ensuing battle, the occultists were unable to kill the unholy creature, which slew half of their party. However, they were able to seal the monster in a well in the basement of the abandoned farm-house it lived in. Zachariah remained imprisoned there for over 200 years.

However, recent construction work and renovation of the area into national park and campground has resulted in the old farm house being turned into a visitor center, and in the process, Zachariah has escaped.

Zachariah Clement is an emaciated and nearly feral vampire, desperately hungry after over 200 years of isolation. He has pallid skin like that of a corpse, and moves stiffly yet quickly, like a marionette. His teeth are sharpened and elongated, like needles, and his eyes glow yellow in darkness. He has no hair, and his body is cold to the touch. If he chooses to talk, his voice is hoarse and soft, and he speaks using colonial era English. He wears tattered colonial clothing.

Zachariah Clement
HP: 48 (4 for every hit die the players have as a whole)
AC: unarmored
ATK: 1 weapon or bite
DMG: weapon damage +2 or 1d6+1
Special

Posted by Tristan Tanner at 4:19 PM