Motleyville: The Town Of Misfits 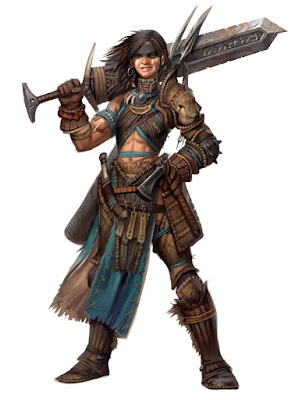 Adventurers are an oddity, and finding others of their kind is usually a difficulty, but not in Motleyville.

Motleyville is an odd place, it is one of the few places in the Holy Empire where magic is practiced openly, differences are embraced rather than shamed, and the church holds little power. The town was formed about a decade ago by Molly Lanchester, a woman who ran away from her noble family with her lover, Caroline, and went on a series of adventures that made her rich and cost her legs. After years of the couple's delving into forbidden places, they decided to make a place for people like themselves, and with the help of other adventurers they'd met in their travels, founded the town of Motleyville.

The Imperial Inquisition hates the town, and deeply desires to see it razed to the ground, but the substantial number of capable warriors and magicians that protect it make this a difficult task. The town itself has been enchanted to make those with any ill intent towards the place have difficulty finding it (though it is not impossible). At any given time, Motleyville has around 100-200 people living there, though they come and go as they please. 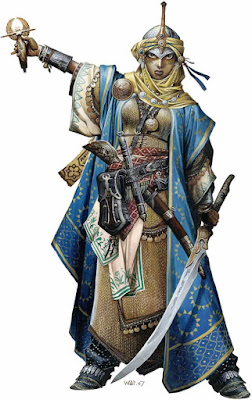 (Look Pathfinder has a lot of good character art okay??) 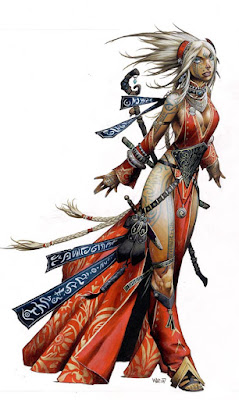 Posted by Tristan Tanner at 3:26 PM