A lot of time is given to advising game masters on how to make a fun and enjoyable game, but I feel like something that is missing is advice for players on how to enjoy a game. I feel like my advice on this subject can be boiled down to the following points:

D&D is built on cliches, hackneyed plots, and other peoples' ideas. The city of Greyhawk is Lankhmar with the serial numbers filed off, halflings are hobbits, balors are balrogs, and heck, every slime based monster is almost certainly derived from a combination of shoggoths and The Blob. If you want to play a brutish barbarian, rippling with muscle and wielding a ridiculous sword, go for it! If you want to be a stalwart knight, clad in shining armor and riding a white horse, nobody is stopping you! It doesn't matter if its original or not, all that is important is that everyone playing is having a good time. 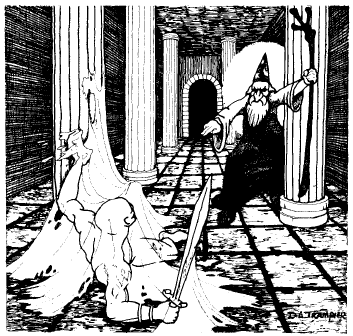 2. What is fun is more important than what is smart

Logically, its not a good idea to go into a maze of subterranean tunnels and kill horrific monsters to steal their gold, there are countless safer ways to make a living for oneself. However, a role-playing game about managing a farm in pseudo-medieval fantasy-ville is unlikely to be as fun as grabbing a torch and a sword and plunging once more unto the breach! (Unless you do a cutesy slice of life game which has the potential to be quite fun, like Stardew Valley but with dice) Press weird buttons you find in the room full of gears! Mess around with the alchemist's chemistry set! Sure, it might end badly, but at least you'll get a story out of it, and that is much more important than being smart. 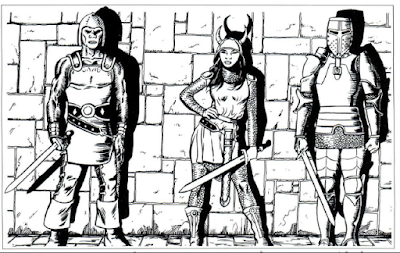 3. The world is yours to explore, and to help create

If the game master mentions somewhere that sounds interesting, express desire to go there! Prepare an expedition to travel to this location and to plunder its loot! The purpose of a campaign world is to be used and explored, not to just be read about in a musty old book. In addition, help the game master contribute to the world! Make up a village in your character's backstory where they grew up, give it a name and distinguishing characteristics! Mention relatives that could be used as NPCs by the game master, expand the world around you and make it personalized! 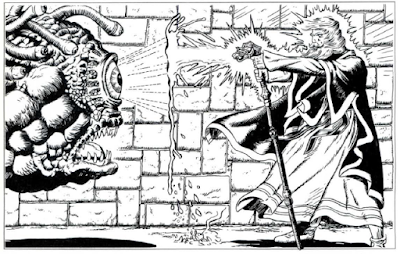 4. Make your hero larger than life

Nobody really wants to read or write about a boring, normal person. Even characters like Arthur Dent, whose whole schtick is being a boring, normal person, is so boring and normal that it loops right back around into being interesting! Your hero shouldn't be Bob, the level 1 fighter, they are Sir Robert Van Eisenbrand, excommunicated knight and worshiper of the vampire god! Give your characters eccentricities and trademarks specific to them. Maybe your wizard wears gloves because he fears having dirt touch his elegant figures, or your fighter refuses to slay a helpless foe. There are a multitude of tables online available to provide your character with quirks and personality traits. 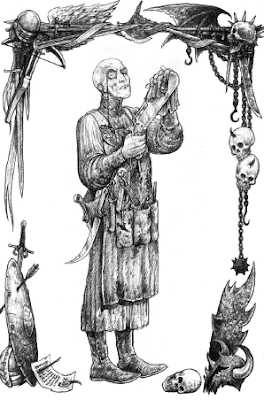 This isn't really that important but the whole concept of rolling a d20 to woo an NPC is utterly stupid. That isn't role-playing, its just you trying to make a funny story you can write about on the internet of how you made your DM uncomfortable. Seriously, as a regular DM, don't do this, its just weird. 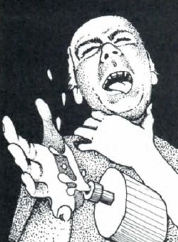 (How it feels to have to play an NPC who is "seduced" by a PC. Taken from the 1st edition Fiend Folio)

This is just my personal taste of course, I'm sure there are those that disagree, and with all forms of advice, take mine with a grain of salt. This is written from the perspective of someone who likes to run things "old school", and that style of play is in no way the only or "correct" way. At the end of the day, D&D is a game, and the only goal of any game is to have fun.
Posted by Tristan Tanner at 10:29 PM