The Dungeon Of Rak-Arnesh: Level 1

[Note: What follows is very much a work in progress, and is the beginning of a project to make a decently sized dungeon for use with my house rules, and old school elf games in general. I am making this for my own personal enjoyment and use, so do not expect the kind of quality that a paid product will provide.]

This Temple of Rak-Arnesh was originally constructed by the serpent-folk in primeval times. Now it is inhabited by all number of creatures. From the outside, the temple appears as a small, gray stone pyramid, though in reality this is only the entrance structure to a much grander subterranean labyrinth.. The ruined temple is only a day's march from the nearest town, and is rumored to hold vast amounts of treasure, if one has the courage to brave the depths of the underworld for gold and glory... 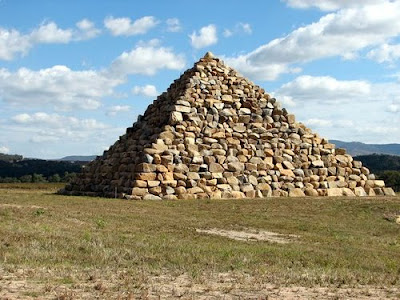 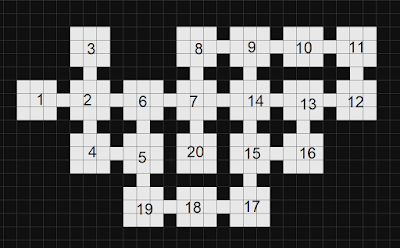 Ring of the Statue
Anyone who puts this ring on their finger turns to stone until the ring is removed.

Knife of Bestial Form
If one cuts themselves with this knife (light melee weapon) for 1 HP of damage, they briefly transform
into a bestial humanoid monster. They gain a +3 bonus to AC, and gain 2 claw attacks each dealing 1d6
damage. This effect lasts for 2d6 rounds and the knife can be used once per day.

Giant Roaches
HD 2
AC medium (14)
ATK 1 bite
DMG 1d6
HDE 3
Even after being reduced to 0 HP they will continue to function for 1d6 rounds, regardless of damage dealt.