Some Advice On LGBT Representation For Cishet Game Masters

(Credit to my wonderful and perfect fiance, Loki, for helping me with this post!)

Hey! Are you not transgender, lesbian, gay, or bisexual? Have you ever wanted to add an NPC into your RPG campaign who was LGBT, but didn't know how to do so appropriately, and were worried about being offensive? Well here is a guide for you! And if you're angry about this post for some reason, skip to the bottom!

Content warning for mentions of homophobia, transphobia, and sexual assault below.

1. Be Respectful Of Trans People

This one really shouldn't be that difficult, but its so common and so gross that I'm putting it at number 1.

She didn't "use to be a man", she is a trans woman. Her real name isn't what her parents named her, its the name that she uses now. She isn't a woman in a man's body, she's a woman, her body belongs to her.

Don't make your trans characters into stereotypes. If you have a trans man, don't make him be an overly feminine "soft boy" with a high pitched voice and childish demeanor. If you have a trans woman, don't make her be a creepy, bearded sexual deviant who aggressively hits on visibly uncomfortable cishet men and cis lesbians, getting offended if they don't accept her sexual demands.

Also; not every nonbinary character has to be thin, pale, and vaguely masculine.

2. Don't Have Your Only LGBT Representation Be Rapists And Pedophiles 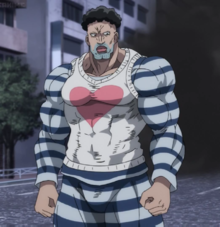 (Don't do this. This guy, don't have a character who is like him.)

This really shouldn't be a difficult concept to grasp but the media proves otherwise. Almost every LGBT identity has a sexually predatory stereotype attached to them, and its really fucking gross. I don't really have anything else to say about this; just, don't have your LGBT characters be sex offenders please.

Have you ever heard of the racist trope that black characters always die first in horror movies? There is a similar trope with LGBT characters, stating that characters who are gay, trans, etc. are more likely to die than cisgender straight characters. Try not to fall into this trope, it really isn't good. This doesn't mean that you need to fudge saving throws for a character just because they're gay, but try not to just put LGBT folks in danger for a cheap plot point. Don't have the cultists assassinate the helpful gay merchant who the PCs met for "emotional impact", when there are countless other ways you could get a similar amount of righteous anger. Note: this doesn't apply to PCs, kill them all you want, there is no gay bonus to saving throws.

Again; another one that shouldn't be that difficult but it is a problem so I'm gonna address this. The most commonly fetishized groups in my opinion are lesbians and trans women, but honestly nobody who is LGBT is safe from fetishization. If you use a character's identity as something "hot", then you're probably fetishizing them. Don't call special attention to a trans woman's penis, don't graphically describe lesbian sex, etc. Also if you call yourself a fujoshi and are obsessed with yaoi its already too late.

5. Don't Bring Up Homophobia/Transphobia Unless Your Group Is Comfortable With It

Honestly this one is probably one of the most important in my opinion. We face oppression every day of our lives, and a lot of us turn to role playing games as a way to have fun. We usually don't want to be confronted with bigotry in the fantasy world as well. This isn't to say you can't include these topics in a game, but be careful about it, and make sure your group is comfortable with it.

Aside from specifically dealing with homophobia and transphobia, this is just good advice in general. If your players aren't comfortable with graphic descriptions of gore; don't do it. If your players don't want to hear about sexual assault; don't have that be a part of your game! You have to remember that at the end of the day, people play games to have fun, and if they feel uncomfortable, they probably are not having a good time.

Also, very important; if your only reason why you want there to be homophobia/transphobia in your setting is "its realistic", consider the fact that you're playing a game with dragons and goblins.

(This is a funny thing to say if you are gay. If you aren't its just homophobic.)

Don't base a character's entire personality based on their sexuality/gender identity, using a gay stock character archetype isn't representation; its laziness. If the way your NPC acts seems like one of those Monty Python sketches about gay people, you're probably doing something wrong. 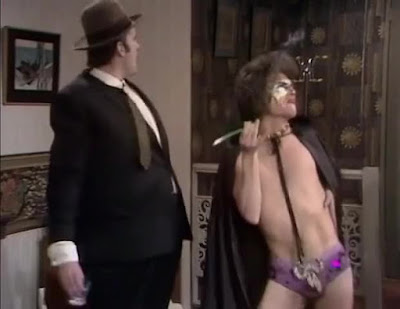 If You're Angry About This Post For Some Reason

If you're gonna be That Guy and argue that I'm "forcing diversity down your throat" or something like that, why are you even reading this post? This is advice for GMs that want to include gay or trans characters in their D&D games but don't know how to do this while approaching the topic sensitively. If this genuinely offends you for some reason, just ignore it and go on with your day! I'm a D&D blog for Pete's sake, if you're gonna get pissed off at something please choose something that is actually worth the energy.
Posted by Tristan Tanner at 1:48 PM