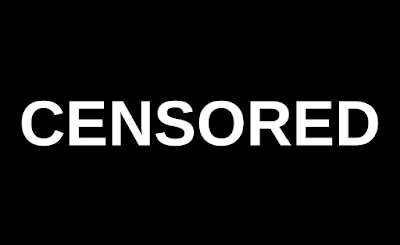 While a lot of my blog already deals with body horror, this is more extreme than usual. There is nothing sexually explicit, but there is a lot of disturbing imagery. If you choose to use this material in your game, please make sure your players are comfortable with this kind of thing.

So the wizard read from a book he shouldn't have, or the barbarian decided that it was a good idea for her to grab hold of a floating orb of flesh and viscera. You know they're going to die, you've already rolled the saving throw. But how are they going to die? Roll d66 to find out.

12. Victim's veins wriggle like worms before ripping their way out of the victim's skin.

13. The victim projectile vomits out their own internal organs.

14. The victim's bones lengthen and stretch to an unnatural degree, but the flesh doesn't, ripping and tearing as the bones pierce outward.

15. The victim's extremities rapidly begin to grow and branch out, rooting them to the ground and transforming the victim into a fleshy tree. They do not survive this process.

16. The victim's teeth crack open, revealing venomous spiders which spill out and bite them to death.

21. An invisible force crushes the victim's skull, causing the eyes to pop out and brain matter to spill out from the mouth, nose, and ears.

22. The victim's heart grows crab-like claws and rips its way from the ribcage before scuttling off into the darkness.

23. The victim's fingernails, toenails, and hair grows rapidly, encasing the victim in a cocoon of keratin, suffocating them.

24. The victim experiences rapid necrosis and quickly rots into nothingness, looking like time lapse footage of a corpse decomposing.

25. Tumors bubble up in the victim's flesh, erupting from the skin and engulfing their form, killing them within a few seconds.

26. All the fluids in the victim's body suddenly evaporate, causing them to become mummified almost instantly.

31. The victim's blood becomes corrosive, dissolving them from the inside.

32. The victim's intestines become a deadly serpent which envenoms its host and crawls out of their open mouth.

33. The victim turns inside out, becoming a pulsing mass of organs, flesh, and bone which expires in a few seconds.

34. The victim catches fire from the inside, erupting into flame and burning to death.

35. All of the victim's internal organs are sucked upwards into their skull, killing them instantly.

36. The victim's body is crushed and contorted into a cube by an unknown force.

41. The victim's nervous, circulatory, respiratory, skeletal, and digestive systems suddenly teleport a few yards away from each other.

42. The victim's skin rips itself off and flies away like a giant bat.

43. The victim begins losing complexity. Fingers fuse together, eyes are grown over by skin, bones fuse, and organs merge, until eventually all that is left is a featureless blob of tissue.

45. The victim quickly dissolves from the inside into a pile of maggots, worms, and centipedes.

46. The victim's skin begins to grow, until they are covered with wrinkles and folds, trapped and suffocating within their own flesh.

51. The victim's next twists and stretches like putty, stretching thin until finally the head plops off. There is no blood.

53. The victim's teeth fall out and regrow at an uncontrollable rate, quickly filling the victim's mouth with shed teeth, causing them to suffocate and die.

54. Every joint in the victim's body bends the wrong way at once, killing them instantly with a sickening crunch.

55. The victim's brain turns into an enormous fly which cracks its way out of the skull and buzzes away.

56. The victim's body quickly begins mutating and evolving random new limbs and organs, before eventually collapsing under its own complexity and expiring.

61. Victim's head and limbs get sucked into their torso, killing them instantly.

62. The victim ages backwards into an embryo over the course of a few seconds.

63. The victim ages until they collapse into a pile of dust over the course of a few seconds.

64. Victim's bones disappear, causing them to collapse in on themselves and die instantly.

65. Victim's torso, limbs, and head stretch outwards like putty, causing them to die as their brain and other internal organs are crushed.

66. All of the victim's blood suddenly exits their body through their eyes, ears, nose, and mouth.

Posted by Tristan Tanner at 1:05 PM