I have been on a roll with d66 tables recently, and I know its getting boring fast, but have one more for your trouble, this one I actually have used in an earlier form for my solo game (and I do need to catch up on play reports and post those soon).

You could also use this table to generate names for individual levels of a megadungeon, which I'm certain would turn into a very odd place indeed.


Also, I have decided to include a random button, using this tool here


I hope this is useful to y'all! 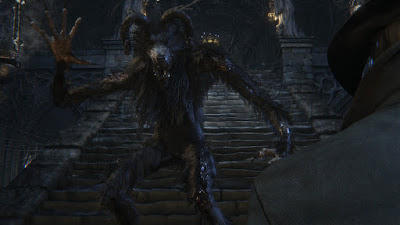 
Posted by Tristan Tanner at 3:16 PM No comments: 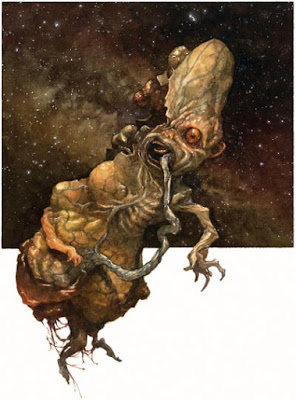 I was originally gonna call this post Demonic God ReGenerator but then I was worried people would be confused and not click on it. Anyway a while back I made a random demonic god generator with 20736 possible combinations, and this expanded version should have 1679616 possible combinations. Have fun!

Apit-Rogog is a demonic god that lurks in a Hell accessible only in the darkest of dreams. To those trapped in nightmares, he has sway over. He can appear to these people suffering in their own personal Hells and offer freedom and salvation, in exchange for their service. After he makes his victims swear fealty, he causes them to wake up, but can now contact this newly minted cultist through telepathy. At any point from then on, he can plunge his cultists into nightmare at will as punishment for disobedience.

The cult quickly is ordered to found a new church, posing as whatever religion is most popular and accepted, and to offer salvation to all who want it. Secretly, however, the cult's goal is to instill nightmares in their congregation, telling tales of what will happen in the end of days and the horrendous suffering that will be experienced by the church's attendees if they do not seek salvation. Once the church-goers are sufficiently terrified, they may have nightmares horrid enough for Apit-Rogog to enter through.

Apit-Rogog wants to eventually enter this world and consume it, but he needs enough followers to complete the ritual to do so. In his true form he resembles a vast living shadow, capable of blocking out the sun. 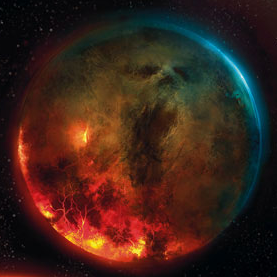 There are some things humanity is not meant to know, and when such secrets are uncovered, Daufix awakens. In the vast blackness of space, Daufix floats among the stars, a vast, miles-long semi-human face. After some unfortunate scholar discovers a secret he was never meant to know, Daufix opens its enormous cavern of a mouth and screams, its voice telepathically ringing in the ears of its cultists, who set off to kill the being that offended it.

The cult of Daufix is small, consisting of millennia old astrologers, dressed in elaborate cloaks and with the faces of the young. Over the years they have become master assassins, skilled at finding and exterminating those who know what they ought not to know. So long as they faithfully serve Daufix, they will live forever.

Posted by Tristan Tanner at 6:27 PM No comments:

Goblins, hobgoblins, orcs, kobolds, gnolls, bullywugs, lizard-folk, troglodytes, derro, gibberlings, mites, jermlaine, and bugbears are great and all, and I think that humanoid monsters have a very important function in the average D&D game. But wow there are a lot of them huh? And many of them seem so similar as to be ridiculous. 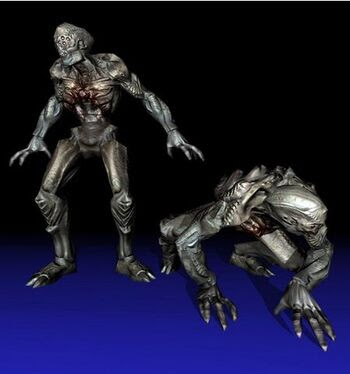 I believe that monsters should be local affairs for the most part, and each region should have its own monsters that tend to dwell there. In a dungeon crawl this isn't as important, but in a sandbox game it is almost essential to give each area its own feel. But lets say you don't really care for any of the traditional humanoid monsters, or just flat out have done away with the typical types in your own campaign setting? You can use this table to roll up some new ones! 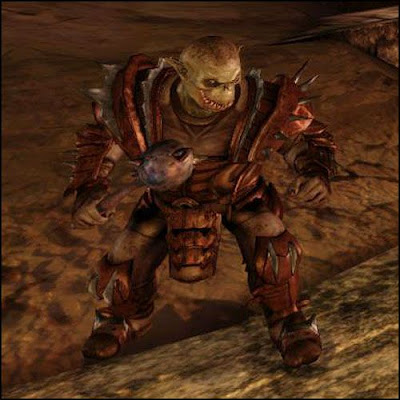 These 7 foot tall humanoids have long, sensitive ears, and as their name suggests, lurk in the forest. They rarely interact with human beings, except when their foul master commands them to. The forest dwellers worship a hag, who they see as a god. When the hag wishes, the forest dwellers leave their woods and wreak havoc at her behest.

Resembling humans with bat-like wings ending in monkey hands instead of arms, these creatures are named for the extremely hallucinogenic mushrooms they typically consume, which drives them into an ecstatic, psychedelic rage. They have a second jaw within their mouth which can extend rapidly to bite through skulls as a coup de grace.

These snow-dwelling humanoids live in caves and have an extremely strict caste system, with everyone answering to and obeying someone else except for their king. They resemble human beings made of living ice, covered in a thick layer of fur that looks like ice crystals. In their hierarchy, humans are the lowest of the low, and as a result they often come into conflict with them, seeing it not as war but pest control.

Sea Dealers
Insect-like proboscis, arms are flippers, make deals that they follow to the letter

Those who wish the help of the sea dealers must simply come to the shores of the body of water that they haunt and offer up a sacrifice. A representative of these creatures will exit the water, observe the sacrifice, and offer services in exchange for it, with the actions it is willing to do being limited by the quality of the offering. These services can range from assassination, romantic assistance, healing, and even fertility treatment. However, getting the service one requires the right sacrifice, and the dealers will follow the request to the letter, but not always will they get the spirit of what is asked of them. In form, sea dealers are humanoid creatures with seal-like flippers for arms, and the proboscis of a butterfly instead of an ordinary mouth, through which they speak in a flute-like language.