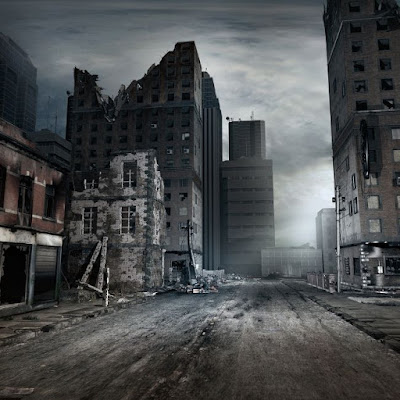 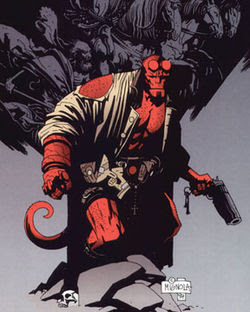 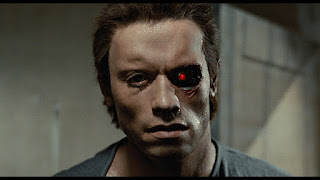 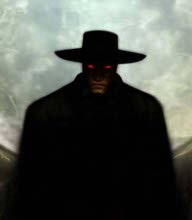 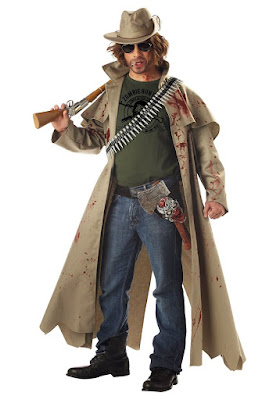 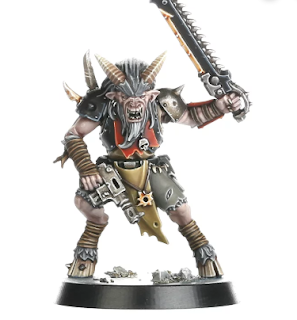 The original goatman was a failed genetic experiment that roamed the woods of Maryland but after the end, the radiation did something odd to his DNA, causing him to begin to reproduce asexually, splitting in half into two new goatmen. Soon, the scourge spread across the land, and now gangs of goatmen raiders are common. Goatmen are very strong, and often wield extremely heavy weapons.
Posted by Tristan Tanner at 5:55 PM 1 comment: 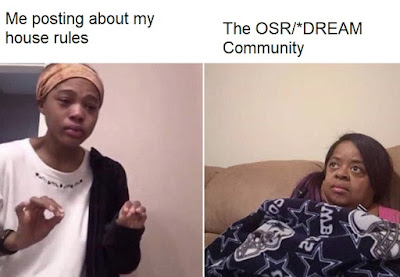 Please look at my house rules I'm begging you

I changed some stuff relating to saving throws, monster creation, restocking megadungeons, added some tables for miniature rules, and probably some other things I forgot. Please take a look!!!
Posted by Tristan Tanner at 5:49 PM 2 comments: 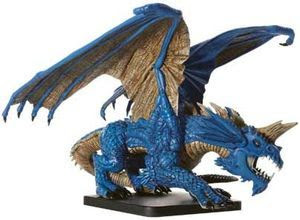 I don't really like how traditional D&D dragons work. They don't seem to give off a coherent feeling to me, they don't seem to have a proper soul if you will. This could just be me, but they just feel so boring.

Maybe its the huge number of kinds of dragons that exist that makes them so boring to me, or maybe its the fact that they have a high level of intelligence and then do basically nothing but lie around in caves all day or eat a few peasants. It just doesn't sit quite well with me.

When I think of my idealized dragon, these are kind of what they look like; 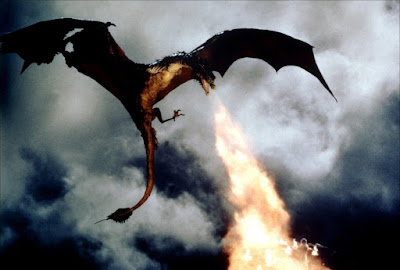 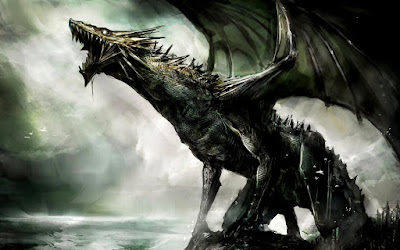 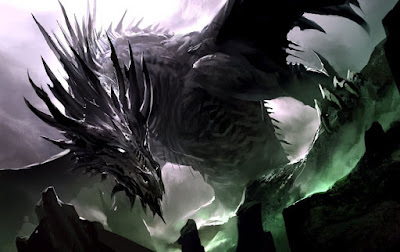 (These two are unknown sources, please let me know if you know who the artists are so I can credit them)

I don't like the more mystical side of dragons, with spell-casting and shape shifting and magic and stuff like that. When a dragon is around things should be messed up. Its not natural at all, it destroys entire ecosystems and razes villages to the ground, and it does so without a hint of remorse or thought. It hoards gold, jewels, and other objects like a gargantuan magpie for no reason other than that it likes the shininess, and won't hesitate to kill to get a single penny more. There is no divine intelligence or knowledge held within, only a predator's need to kill.

This doesn't mean there aren't dragon cultists though, inevitably someone will find out that if you keep the dragon well fed, it won't kill, and thus the sacrifices of cattle begin, followed by worship, followed by human sacrifice.

Dragons probably are going to be the only thing in their dungeon if they're around, aside from maybe some dog-sized mites that fell off of its scales or a few incredibly dedicated cultists.

Dragons are not a singular species, but rather a group of very similar animals. Universally, dragons have the ability to spew fire, and are always reptilian in nature, with at least 2 clawed limbs, but aside from this, much is variable. Some dragons are wingless, and possess only 2 nearly-vestigial arms to drag themselves around. Others have 4 powerful legs and large wings extending from their backs. Variations in color abound as well, typically reflecting their environment.

Okay But Where Do They Come From?

Dragons are basically a weird kind of dinosaur that survived the mass extinction event that caused the end of the Serpent-folk empire. Instead of just dying like most of the other dinosaurs, the dragons dug some burrows, and slept, saving their energy. They were buried under tons of rubble and dust and earth, hiding until the time is right. Yes, this does mean that most dragons are literally millions of years old, holdovers from another time.

Most of the time, dragons are awoken by earthquakes exposing strata that haven't seen the light of day in eons. This has led to some people believing that earthquakes is the very ground itself going into labor to birth forth a dragon. Sometimes, however, dragons are uncovered through human efforts, typically mining operations.

Depending on the maturity of the dragon, these beasts can vary greatly in size. A typical adult dragon is the size of an elephant, and has 10 HD, while a truly ancient one may be as large as a whale, with 15 HD. Depending on the dragon, it may or may not have wings and be capable of flight.

A dragon's most defining trait is its ability to spew forth a jet of white-hot flame. This breath weapon automatically hits anything in its path, and deals damage equal to the dragon's current HP. A saving throw can be made to halve the damage.

In many cases, the parasites that afflicted the ancient dragons manage to survive in stasis with their hosts. Dragon mites are about a foot in length, and resemble large ticks. They are nearly unnoticed by the dragon, and many often fall off and scurry into the darkness, where they look for new hosts. Though their mouthparts are built to drink only harmless sips of blood, they can be used as a dangerous shiv when the creatures feel threatened. 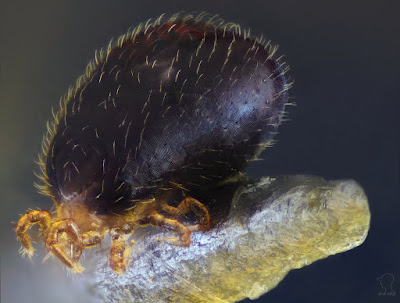 (By Dack9 on wikipedia)
Posted by Tristan Tanner at 4:10 PM 4 comments: 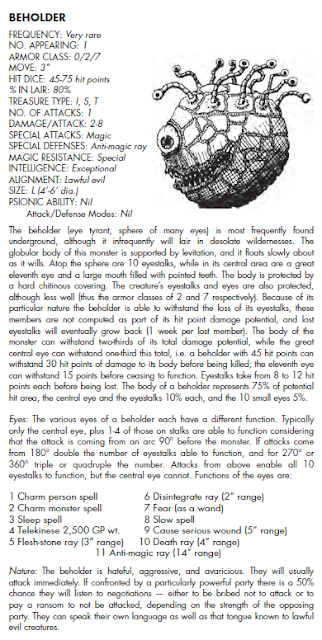 Beholders suck, they're stupid, this is dumb.

And the armor class, this is just ridiculous, it has 3 different ACs. Judging by the description, you have to roll percentile dice to determine where you hit it before you can roll to attack just so you can figure out what armor class you're rolling against.

And how does it attack? Well it has a bite attack for 2d4 damage, and generally then you have to roll 1d4 to determine how many magical attacks it gets, through which it is implied you have to roll a d10 that many times to determine what different magical attacks it uses. Oh, and also it has an anti-magic ray, because screw you if you're a magic-user and you wanted to have a fun time.

Also I'm just realizing you have to keep INDIVIDUAL TRACK OF ALL 10 EYE STALKS' HP???? OF WHICH THEY HAVE 8-12 EACH?? EACH FLIMSY EYE STALK HAS MORE HEALTH THAN THE AVERAGE PERSON.

Okay, lets say you do get into combat with this thing and everything is set up and you can get past all that. Now, in order to find out what its magical attacks do you have to OPEN ANOTHER BOOK TO CHECK WHAT THE SPELLS DO!!!!!!

Oh, and what is the alignment of a creature for whom running combat is an absolute chaotic nightmare?

We can fix this.


Every time a beholder takes 6 damage or more, the beholder takes a -1 penalty to determine how many magical attacks they get to make, representing an eye being cut off.


There, no more stupid to-hit percentile rolls, no more page flipping, no more anti-magic ray, no more variable amount of eye rays which can hit given the angle which someone attacks it at, no more stupid eye stalk HP.
Posted by Tristan Tanner at 1:29 PM 5 comments: