Continuing on from my previous Monster Manual post, here are my reviews of the monsters starting with the letter C!

Wild Camel
★☆☆☆☆
We all know my opinion of mundane animals by now.

Carrion Crawler
★★★★★
I love carrion crawlers, I always have, ever since I first saw them in the monster section of Moldvay basic. They make sense in the context of a dungeon ecology, they look cool (who doesn't love a giant caterpillar with octopus tentacles?) and they are scary to low level adventurers. They're incredibly good and I especially love the older illustrations of them. 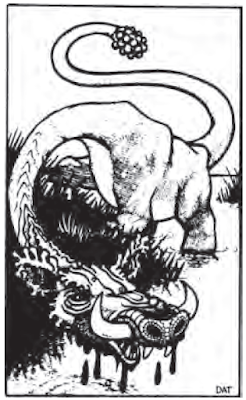 Catoblepas
★★★☆☆
These creatures are interesting, but I'm unlikely to use them. Instant death abilities are always a bit iffy to me, though petrifaction bothers me less. However, the sheer foulness and feeling of mythological significance makes these interesting to me. They genuinely seem like a creature that the local townsfolk live in fear of and have told stories about for generations.
Wild Cattle
★☆☆☆☆
I don't need stats for cows Gary. 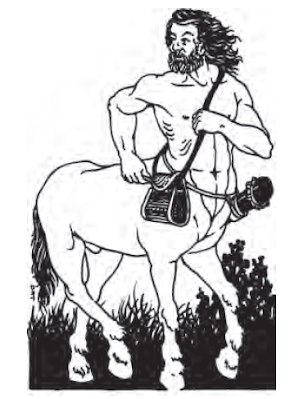 Centaur
★★★☆☆
I think centaurs are interesting, but the fact that they are listed as chaotic good throws me off. I've always seen centaurs (other than Chiron) as chaotic neutral at best, but more likely to be chaotic evil as described in greek mythology. These noble horse people don't seem as interesting to me as the animalistic barbarians of mythology.
Giant Centipede
★★★☆☆
Centipedes are cool, that's literally all I have to say about these guys.
Cerebral Parasite
★☆☆☆☆
I hate these folks because, once again, it is a monster based around the godawful psionic mechanics of AD&D, and it doesn't even have any physical appearance. Its almost completely useless. 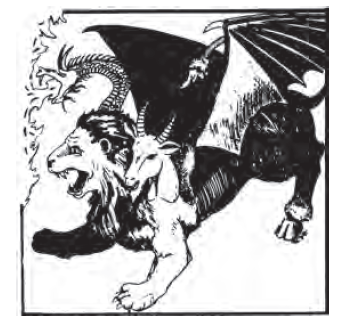 Chimera
★★★★☆
Another mythological beastie, I find chimeras really interesting from an aesthetic standpoint, and multi-headed monsters are always fun to me. Like most mythological monsters, I feel like it would work best as a lone creature in a small wilderness lair.

Cockatrice
★★★★☆
Basically another kind of basilisk, and in fact in the real world the two terms are sometimes interchangeable. However, I feel that having the basilisk divided into two creatures, separated by the two most common depictions of it (as a serpentine rooster or a multilegged lizard), is a good move. Personally I would have had them be the same species but different sexes, but I still think they're cool. 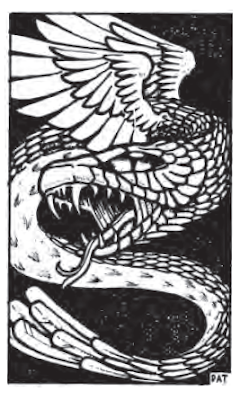 Couatl
★★☆☆☆
These guys are honestly sort of disappointing to me. They're basically just derivative of the Aztec god Quetzalcoatl turned into a weird "exotic" monster. Their name is just straight up the Aztec word for serpent, and they don't really have a clear role in the game. If they were better developed and maybe not such a blatant bastardization of a much more interesting being I think I'd like them more. As it is, I don't hate them but they're not that interesting.
Giant Crab
★★★☆☆
Giant crabs are objectively cool. I watched the Ray Harryhausen version of Mysterious Island when I was a kid and the scene where they fought the giant crab has stuck with me, plus I unironically like the Roger Corman film "Attack of the Crab Monsters".
Giant Crayfish
★★★☆☆
I had a pet crayfish when I was a kid, plus crayfish are such an interesting choice to have as a giant monster. They're also just plain cool in real life.
Crocodile
★★★☆☆
These are just real animals, but crocodiles get a pass because they're actually interesting and have a decent precedent as dangerous beasts in swords and sorcery and weird fiction. If I can see Conan the barbarian wrestling one then they're probably alright.
Next time, I'll be reviewing the monsters starting with D, which should be an incredible task, seeing as that includes all the dragons, demons, devils, and dinosaurs.
Wish me luck!
Posted by Tristan Tanner at 2:08 PM