I Was Wrong About Dungeon Design

So I've long been an advocate for my 30 minute dungeon/10 room dungeon method of adventure creation, wherein a short dungeon should be composed of 10 rooms as follows:
3 empty rooms
3 combat encounters
2 traps
1 non-hostile NPC
1 special/weird room
Of these rooms, 4 should have treasure, and there should be a magic item.
I still think these are useful guidelines for putting together a short little adventure quickly, but its definitely not the be-all end-all of dungeon design. Every referee and player's ideal dungeon is gonna be a little different. Some groups will want almost nothing but puzzles, while others want to slog through a lot of combat each session. Others still want nothing more than to meet interesting people.
Many early dungeons rely far more on combat encounters than tricks, traps, and NPCs, particularly stuff like the Palace of the Vampire Queen from Wee Warriors. And honestly? I can get behind that. D&D's combat is fun, if simplistic. There is a reason the classic "roll a d20, consult a chart/add modifiers, then roll for damage" hasn't changed much since 1974. Sometimes its fun to just go into a dungeon, fight monsters, acquire magical weapons to better fight monsters, haul treasure back up to town, and repeat ad nauseum. The existence of games like Diablo is proof that this formula works.
My point is that perhaps instead of reading all the formulas and guidelines for constructing dungeons, instead of spending so much time looking at theory posts (like this one), we should just be going with our guts, doing what feels right.
Perhaps tomorrow I'll try my hand at a freeform, non-theory based, gut instinct dungeon, something made from the heart not the brain.
Anyway to fulfill the Joesky tax here is a magic potion that lets you breath dragonfire:
Potion of the Dragon
Upon imbibing this vial of bubbling red liquid, the user gains 1d6 uses of a flaming breath weapon. This weapon deals 1d6 damage for each level the user possesses, and is emitted as a jet of flame from their mouth. It automatically hits, targets must make a saving throw, on a successful roll they take half damage.

Posted by Tristan Tanner at 4:07 AM 4 comments:

I finally got around to writing up a little something about the X-Files-esque setting I first mentioned Here. 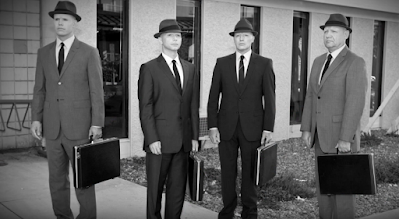 There is an international organization that exists to protect humanity from horrors beyond the laws of science and rationality. Nearly every government in the world provides funding for this organization, and backdoors into their computer systems and records allows for its agents to impersonate government employees and to purge any evidence of the supernatural.

You are one of these agents. You will die unnoticed, unremembered, and likely in terrible pain. Through your sacrifice, humanity will live to see another day. Welcome to the Occult Containment Directive.

The Laundry Series by Charles Stross (admittedly its been a while since I've read these)
The X-Files
Hellraiser
The Cthulhu Mythos
The Carnacki Stories by William Hope Hodgeson
The Great God Pan, The White People and The Three Impostors by Arthur Machen
Silent Legions RPG from Sine Nomine
Supernatural
Buffy the Vampire Slayer
The SCP Foundation
Men in Black
Monster of the Week RPG from Evil Hat Productions

The players control agents of the Occult Containment Directive, an international organization whose origins are murky. Player characters are provided with false identification, a modest amount of equipment and funds, and are sent out to deal with cases sent to them from unseen higher ups. These cases could range from a simple haunted house to a doomsday cult intent on conjuring forth an eldritch entity from beyond space and time.

Generally, the OCD doesn't know the exact details of what is going on, simply that something isn't right. PCs will be provided with details of any anomalous activity, but should not be given suggestions as to the nature of the anomaly or how to neutralize it, they will need to find that out during play.

The OCD has 3 main priorities, listed in order of importance below:

In addition to the OCD, there are other organizations and individuals devoted to neutralizing the supernatural. Rogue individuals who go after such anomalies are often referred to as "Helsings" by agents of the OCD. 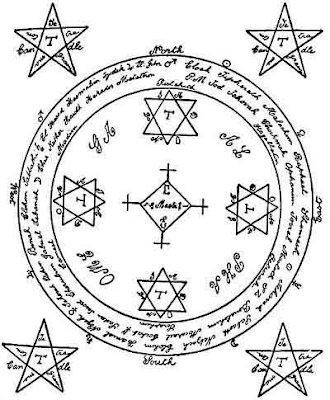 D6 Character Types
D6 Pluses
D6 Minuses
D66 Adventure Prompts
11.    People in a small town have been receiving VHS tapes in the mail which are snuff films of their own deaths, and then go missing.
12.    Bodies have been turning up in a nearby reservoir, missing their nervous systems, but otherwise completely intact.
13.    Three people in the last three days have spontaneously turned inside out, dying painfully.
14.    A rash of child disappearances have occurred, with those missing having claimed to see "angels" before disappearing.
15.    An extremely tall being with the head of a deer has been seen in the nearby woods. Those who see it commit suicide within days of the encounter.
16.    A man claiming to be God has begun smiting "sinners" in a small town.
21.    Fish have started talking in a single, specific lake.
22.    The murdered, unavenged dead have begun to rise and slay their murderers.
23.    A group of teens have accidentally summoned a genuine demonic entity after taking part in a TikTok challenge.
24.    A giant sinkhole consumes an entire town without warning.
25.    An ancient Atlantean book of spells is known by the OCD to be in the possession of a sinister cult.
26.    A street drug is spreading that turns its users into hosts for demonic parasites.
31.    Creatures and characters from literature have been popping up in the middle of the desert.
32.    A frustrated geek is summoning hellhounds to kill those he hates.
33.    Something in the water of a small town is turning people into monsters.
34.    The entire population of a small town is being turned into clones of the same person.
35.   A group of vampires have founded a startup company that buys blood from college students, and are killing to maintain their secret.
36.    The tooth fairy is real and she's finally snapped, stealing teeth out of adults' mouths.
41.    A so-called "chatbot" is actually just a human soul bound to a computer.
42.    A group of sentient dinosaurs time travel their way to our time and start trying to take over the world.
43.    A shapeshifting alien landed in the woods and someone in the nearby campsite has been replaced.
44.    One of those "pass this on to three friends or you die" emails is real, and a ghost is killing those who ignore it.
45.    A man ages 10 years each day, but can reverse that aging by stealing the youth from those he touches.
46.    In an attempt to resurrect her husband, an old woman unleashes something from Beyond that possesses human corpses.
51.    A TV program is literally causing viewers' brains to rot.
52.    A cult of killer clowns devoted to the god of laughter is wreaking havoc in a major city.
53.    Sewer tunnels lead to an alternate dimension.
54.    A magical serial killer can travel through mirrors to kill his victims.
55.    Human fetuses the size of German shepherds are washing up on the beach of a seaside town.
56.    A forest has sprouted up overnight, consuming an entire town.
61.    Arthropods in a national park have begun to grow to the size of bears ever since a meteorite landed somewhere in the woods.
62.    An energy company tries tapping into another reality as a source of renewable energy and accidentally summons an imprisoned eldritch godling.
63.    A domestic terrorist group has weaponized werewolves.
64.    A nursing home is actually a front for a restaurant that caters to man-eating monsters.
65.    Babies in a hospital are disappearing and being replaced with crude wooden dolls.
66.    A man's toilet is a gateway to another world.
Posted by Tristan Tanner at 4:05 AM 4 comments: